“Baroness” seemed a fitting name for a grand old lady of the sea on her return to Brisbane after a long holiday on Sydney Harbour.  Formerly the ‘Commissioner 2’ – MV Baroness is a privately-owned 82-foot luxury motor yacht operating a wide range of private parties and events in Brisbane on the River.

Baroness is designed, equipped and professionally operated to the highest standard. The saloon, sun room and outer decks, including the Sky Lounge, are multipurpose and suitable for parties, functions, celebrations, memorial ash scatterings – even weddings.

The ‘wheelhouse’ provides spectacular views behind the capable hands of our experienced skipper. Once aboard, its truly an adventure of a lifetime on one of the most magnificent waterways of the world, the glorious Brisbane River, Queensland. 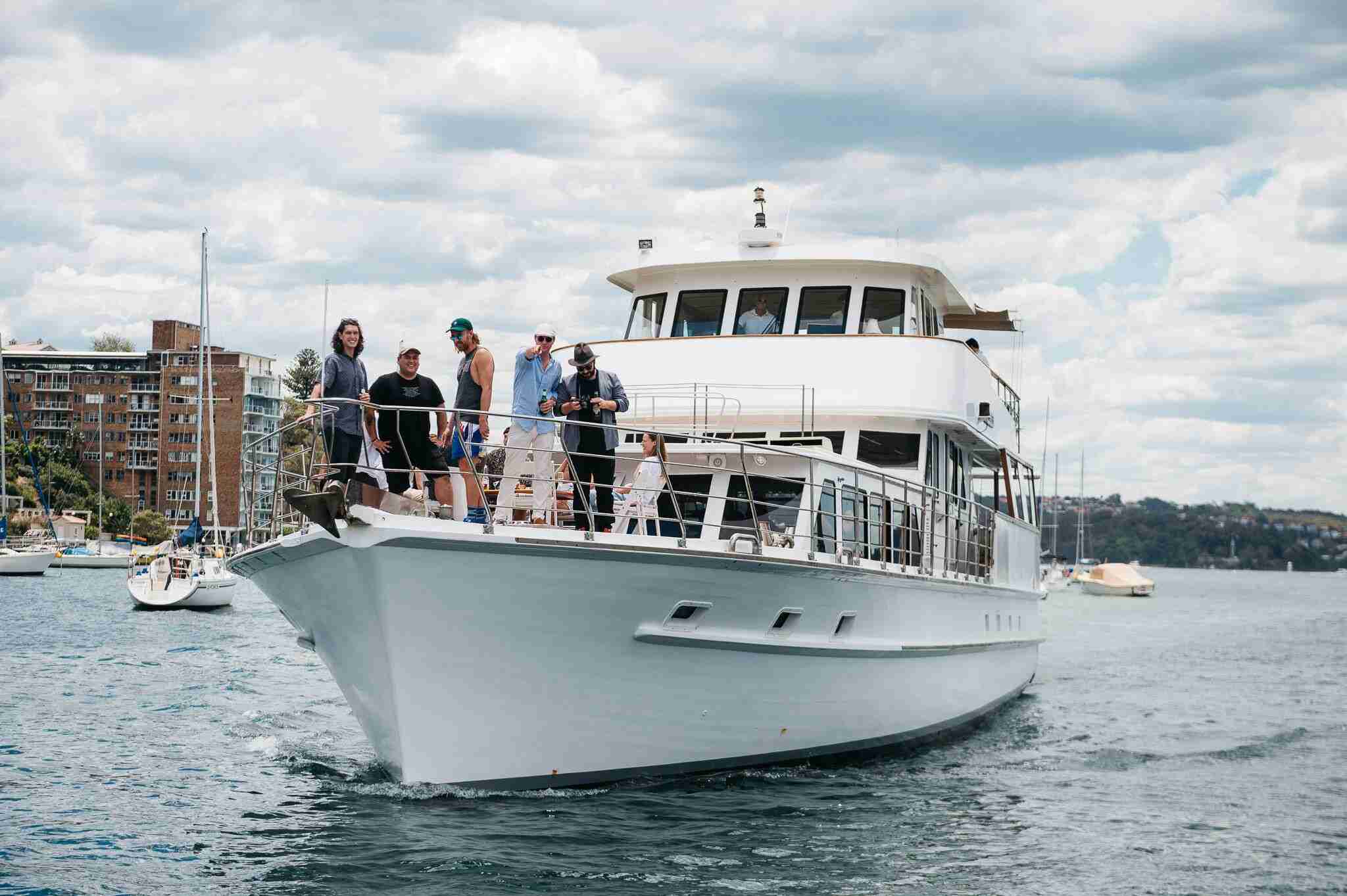 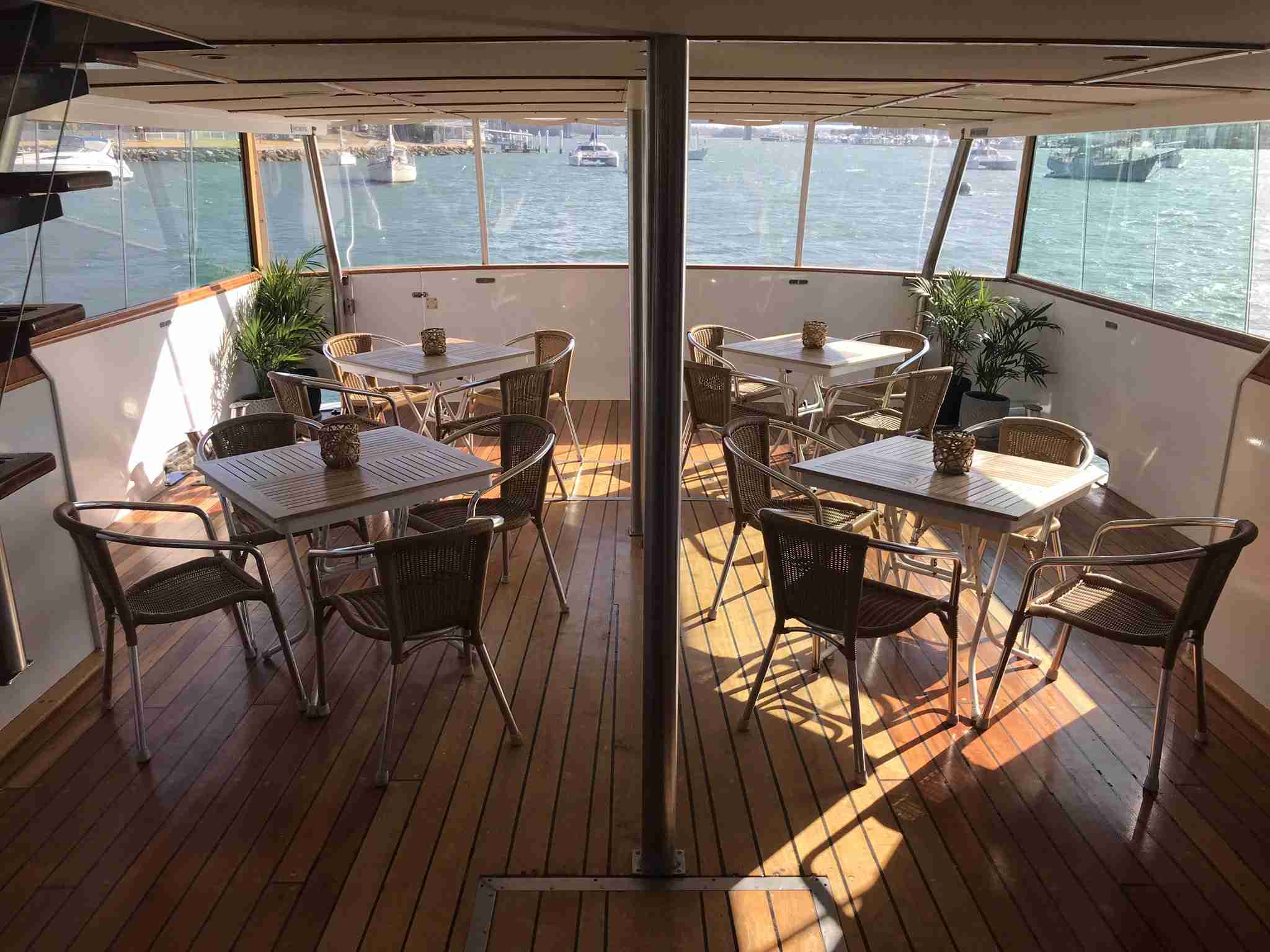 This vessel has everything you may need to cook and serve your BBQ lunch or casual dinner onboard.  There is no need for plastic plates and cups or utensils as we have you covered with quality cutlery, melamine dishes, platters and bowls. 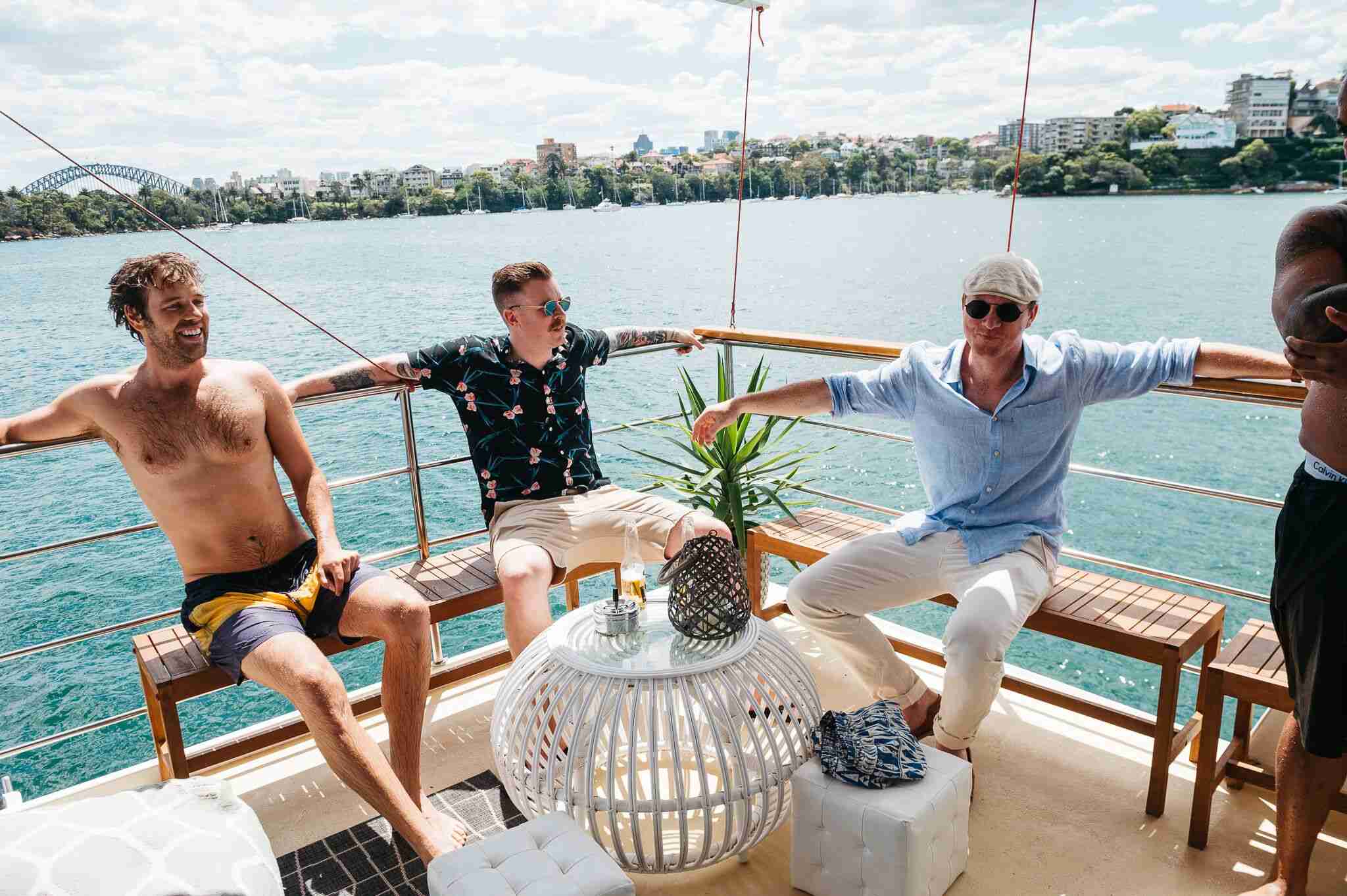 The “BBQ Beer Garden – Back Deck’

The Back Deck leads from the Wheelhouse on the MV Baroness.  From here you can walk around the front of the wheelhouse for spectacular views of the Brisbane skyline, Southbank and the Storey Bridge.  You may chat to the Skipper or pop downstairs to the Saloon for some quiet time. 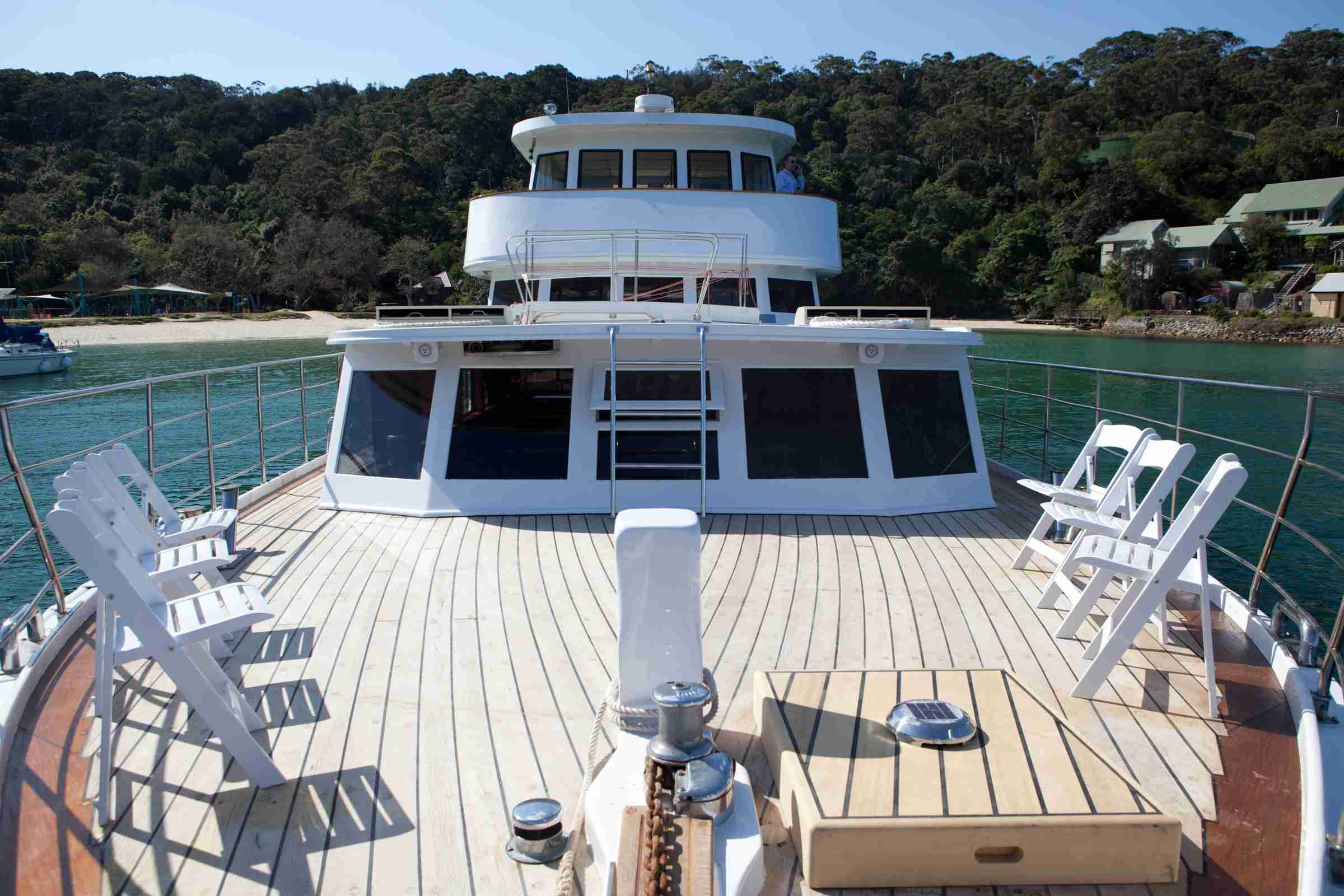 The ‘al Fresco’ bow area is spacious enough for 40 people to stand and chat.  There is  plenty of deck space to sit at tables and you may even sit up on the spacious foredeck.    Music plays from the surround-sound speakers so you can dance and sing along. 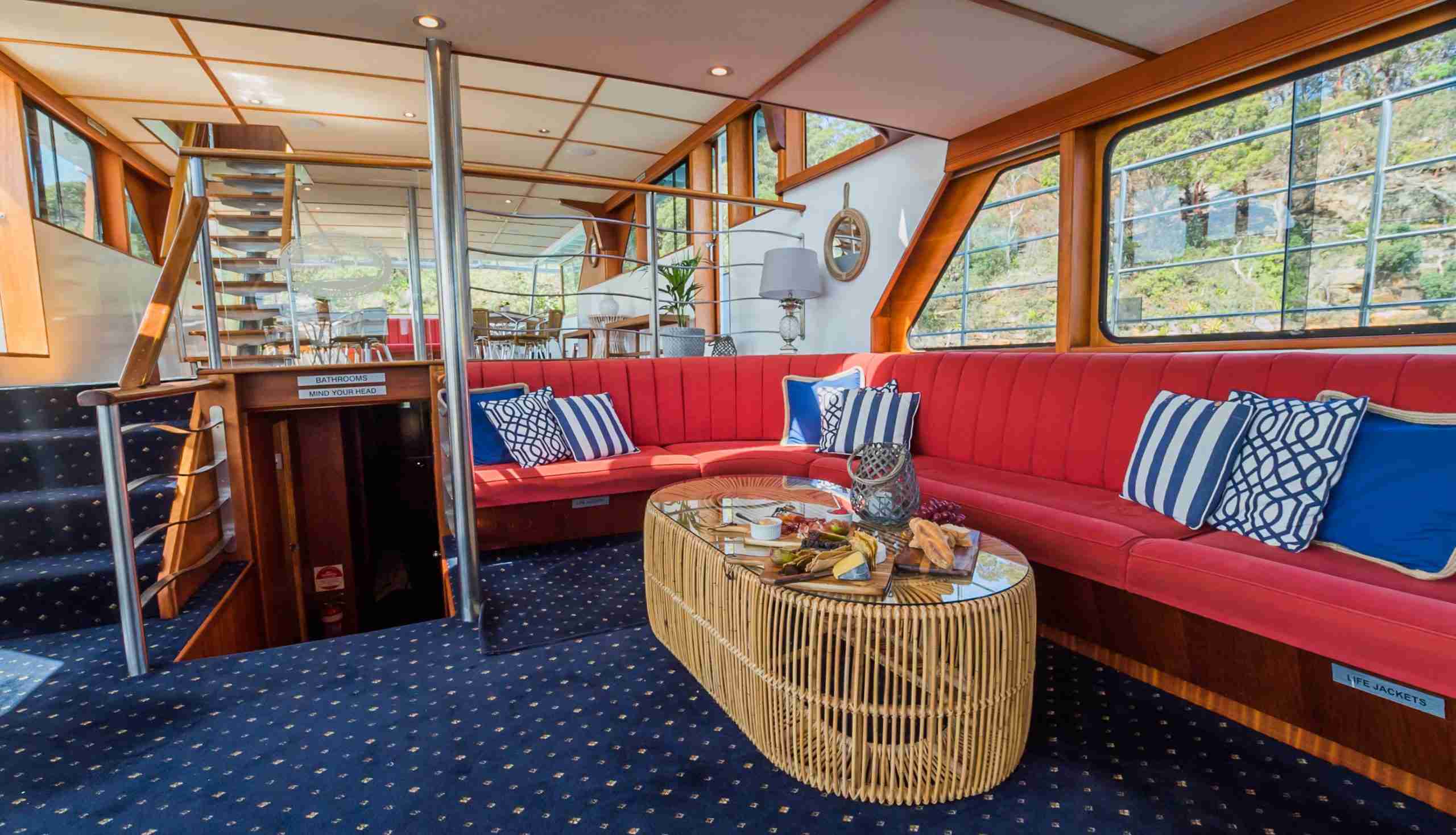 The saloon is a classy but casual zone where you may chill on the bespoke built-in banquete lounge and share drinks and grazing plates with friends. 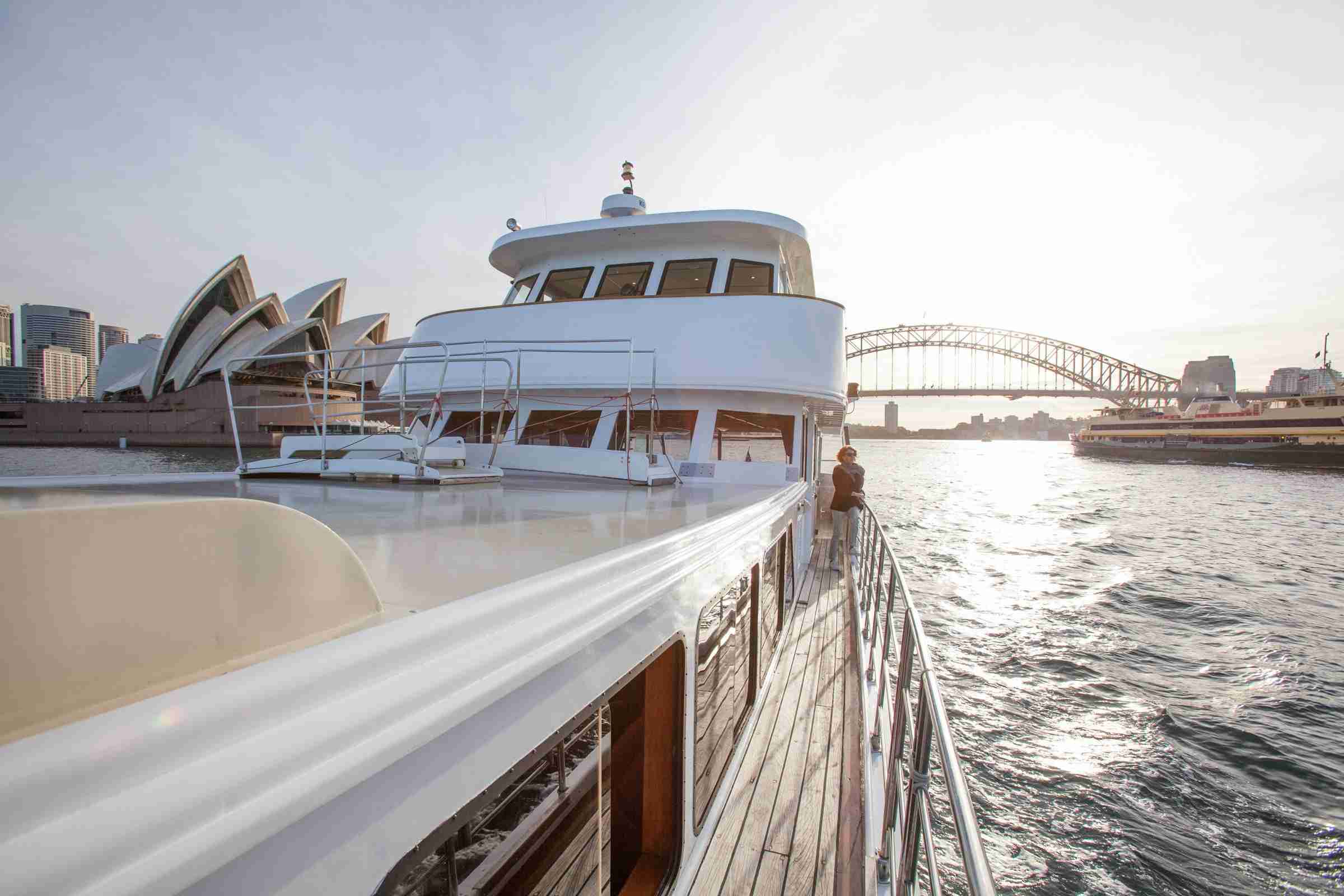 Relax and take in the Brisbane skyline while you chat to our Skipper.  Up to 40 passengers may be in the wheelhouse and on the BBQ Back Deck at any one time.